Dry and cool as I set off from Carr Bridge. Perfect cycling weather. The road descended gently, which was as unexpected as it was welcome. In Boat of Garten, I stopped to stretch out in the hope of easing pressure on my sore left knee. 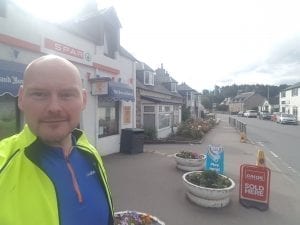 I followed the Spey on a gently rising road up to Aviemore and had a look around the bustling little place. The signs say it’s a village. There aren’t many villages that can lay claim to an Intercity railway station and such an impressive array of shops.

Kingussie, Newtonmore, Dalwhinnie. Each higher than the last. Dealing with the climb wasn’t as hard as dealing with the headwind. I stopped in them all. At Dalwhinnie I clocked up 50 miles, still with 30 to do. 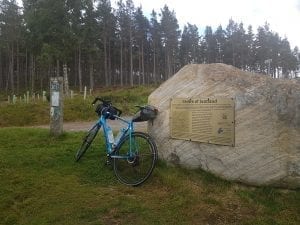 A few miles after Dalwhinnie I reached the summit of the pass, but the glorious 25-mile descent to Pitlochry I had imagined with each skyward turn of the pedals, was spoiled by the crap surface on the cycle path. The last few miles were faster on sections of the abandoned old A9.

I arrived in Pitlochry 79 miles, 3,439ft of hills, and ten whole hours after leaving Carr Bridge. 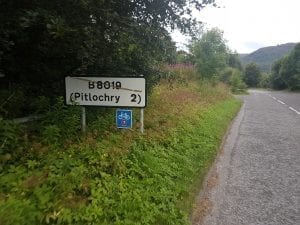 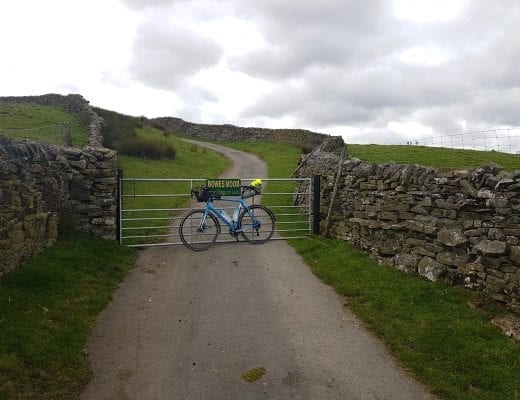 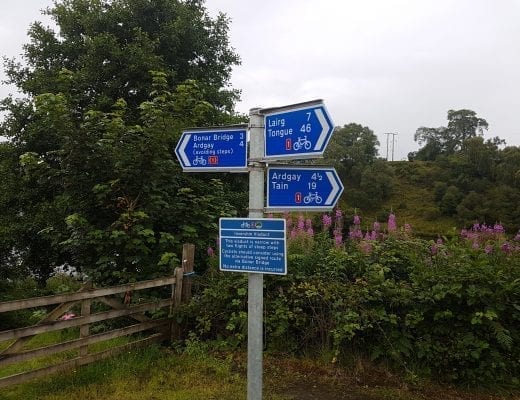 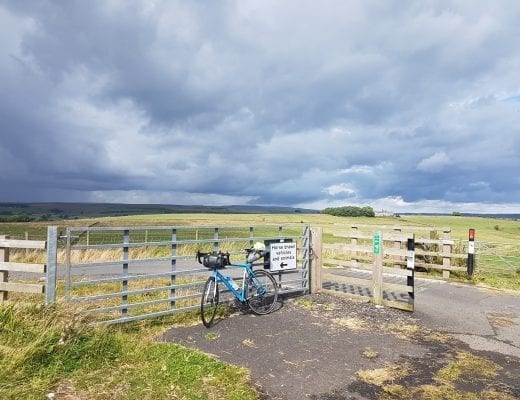