My bed at The Woodman Inn had the most comfortable matress of the trip so far. It was only the thought of breakfast that gave me the strength to prise myself from its magnetic hold.

It had been raining before I set off and it was muggy. A steep climb up from Thunder Bridge and the arm warmers came off. A mile on, I packed the leg warmers away. And by three miles my base layer was off as well.

My straight-down-the-middle guideline skirts the eastern border of the Peak District. I had two choices for the day: Head for Sheffield, down through Chesterfield and on towards Derby, or head up into the hills of the national park. I went for the hills.

I recognised Bank View from a list of top cycling Cafés I’d seen in a newspaper. It stands out. It’s difficult to forget.

Then off into the hills. More Tour de France and Tour de Yorkshire roads. Beautiful. Brutal. I saw more 20% signs in succession than I ever want to again with one 25% thrown in for good measure.

The famous Strines Inn provided a handsome lunch and an excuse to catch my breath. Over my sandwich I chatted to Chris and Huw, two cyclists out for a day’s hard hill riding. We shared cycling stories and tips, before heading down (yes, down!) to Ladybower Reservoir and Heathersage. 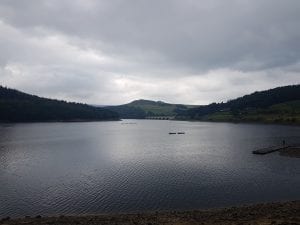 Ten miles to Bakewell on still hilly, but less brutal roads and the cake taste test of the trip: tart vs pudding. Pudding won, hands down. 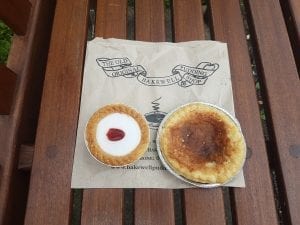 I was done for the day, found some acommodation in Youlgreave just four miles from Bakewell and finished the shortest day so far at The Farmyard Inn. 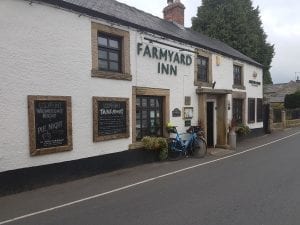 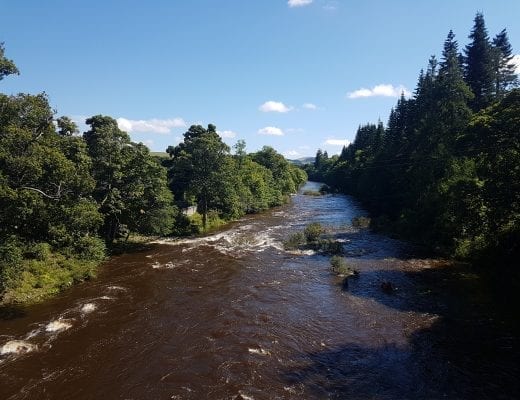 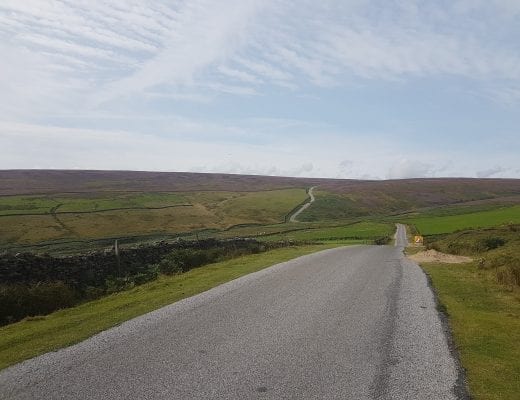